This was created in Geometer's Sketchpad, put could just as well be created with a compass and straight-edge.

1. Start with a circle. Draw lightly if using a pencil, because the circle will be erased later. Make certain the center point is marked. 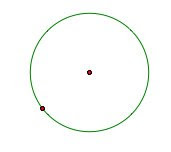 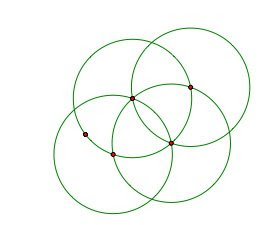 3. Continue until six circles are drawn around the original.

There are a couple of interesting asides:

Six circles, with a constant diameter, fit perfectly, overlapping at the center points, around a center circle with that same diameter.

Also, six circles of the same diameter, fit perfectly around a center circle with that diameter. 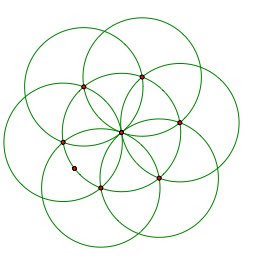 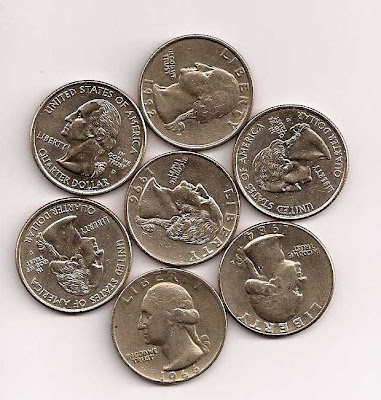 4. Draw sets of parallel lines through the intersection points. Again, if using a pencil, draw lightly because the lines will have to be erased. 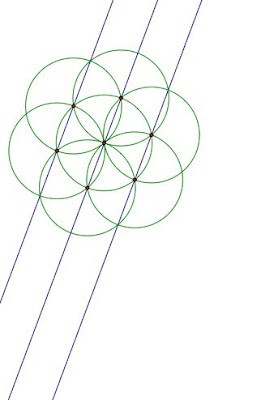 5. Continue, drawing the parallel lines in the 3 possible directions. 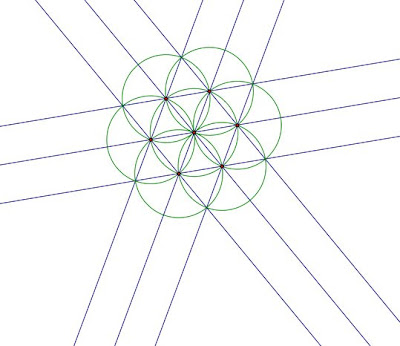 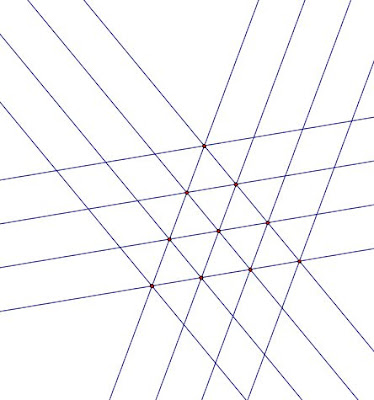 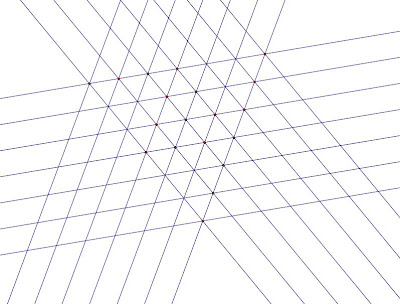 8. For my design, I continued until I could draw a hexagon, whose sides were the width of 6 rhombuses. 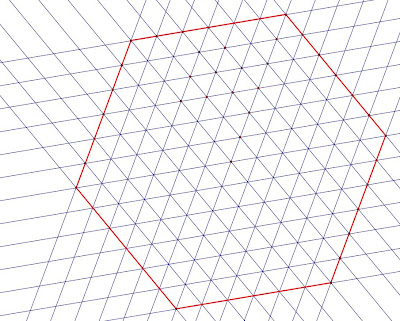 9. Using the lines, starting from the center, draw a pattern of stars and hexagons. I chose to put a star at the center, but it could easily have been a hexagon. 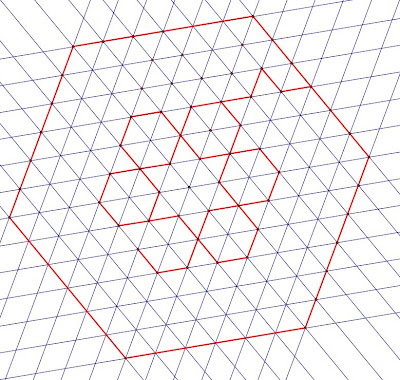 10. Erase (delete) the lines and start coloring the stars... 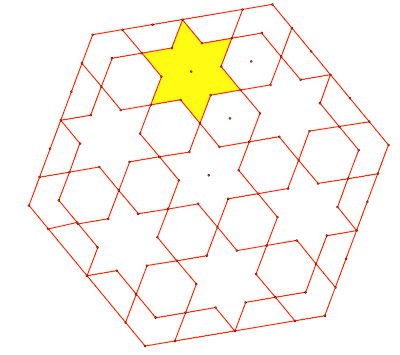 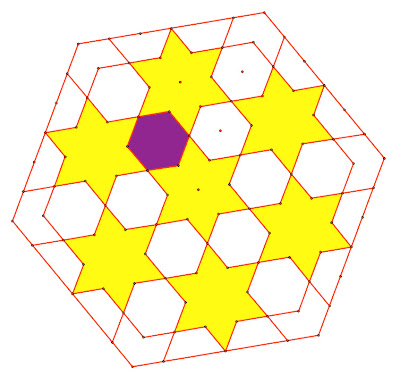 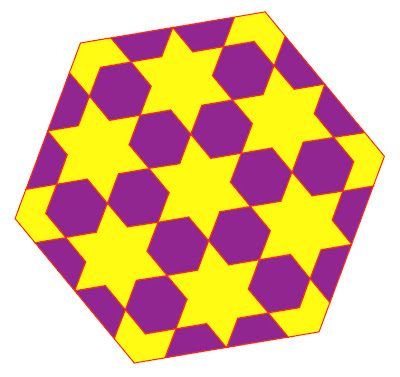 Posted by MathChique at 1:06 PM

Thank you for your nice comments.

How did you know how to do this? Did you figure it out yourself or did you learn it somplace?..Nice!

I found some good books, a long time ago, when I was teaching middle school.