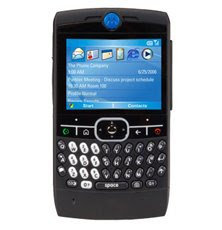 Earlier this month I posted an audio recording called, "Verizon Math Fail". The recording features a man debating a team of Verizon customer service representatives about whether $0.002 is equal to 0.002¢. On the tape he lost the battle because NONE of the people at Verizon understood the math.

I read, on his blog, that Verizon later held in-service training to correct the problem.

So, I was astonished when I saw this headline in the NY Times this morning: Industry Makes Pitch That Smartphones Belong in Classrooms. The article begins:

"SAN FRANCISCO — The cellphone industry has a suggestion for improving the math skills of American students: spend more time on cellphones in the classroom."

I have taught in schools for the past 17 years and seen the onset, and accompanying problems, of cell phones in the classroom. Students would much rather be fiddling with cell phones than thinking about math.

Using the internet, calculators, and cell phones to do math is a passive way of learning and doesn't develop brain structure as effectively as learning to make the calculations with a pencil and paper or slide rules.

When a slide rule is the tool, the student must calculate where the decimal point is to be placed. Using the slide rule is, in itself, practice in placing decimals and understanding the size of numbers. The brain develops to understand the task. This doesn't happen when a student uses a calculator.

I wonder if the people who make these decisions think that they could have learned to ride a bicycle by playing a video game of riding a bicycle?

If Verizon (and the rest of the cell phone providers, i.e. 'The Industry') think that Smart Phones are a useful tool to learn math, I suggest they provide them to their employees and let them get started.
Posted by MathChique at 10:37 PM